No Songs For Christine (25th Anniversary) 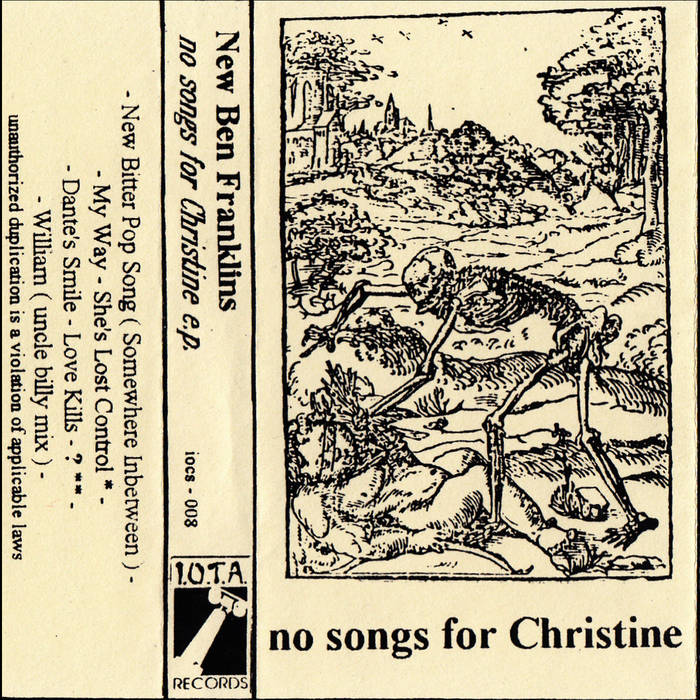 Originally released on cassette in spring of 1994, New Ben Franklins' sophomore release showed the band moving in a more rock and roll direction while holding to their literary and art rock roots. Covers of songs by Joy Division and Red Lorry Yellow Lorry rounded out an album of DeVoe-penned originals. The remix of previous radio single "William" came as a pleasant and hilarious uplifting finish to an otherwise dark record.

Thanks to: Jacqui & Pat McGee, Chris Duxbury, Melody Harris, Jennifer Moor, Neil at National, G&L Guitars, Stevenson family, Liz and Mike for the couch, Everyone who forgot, and the Creator.

No songs on this recording were written for Christine Stevenson.